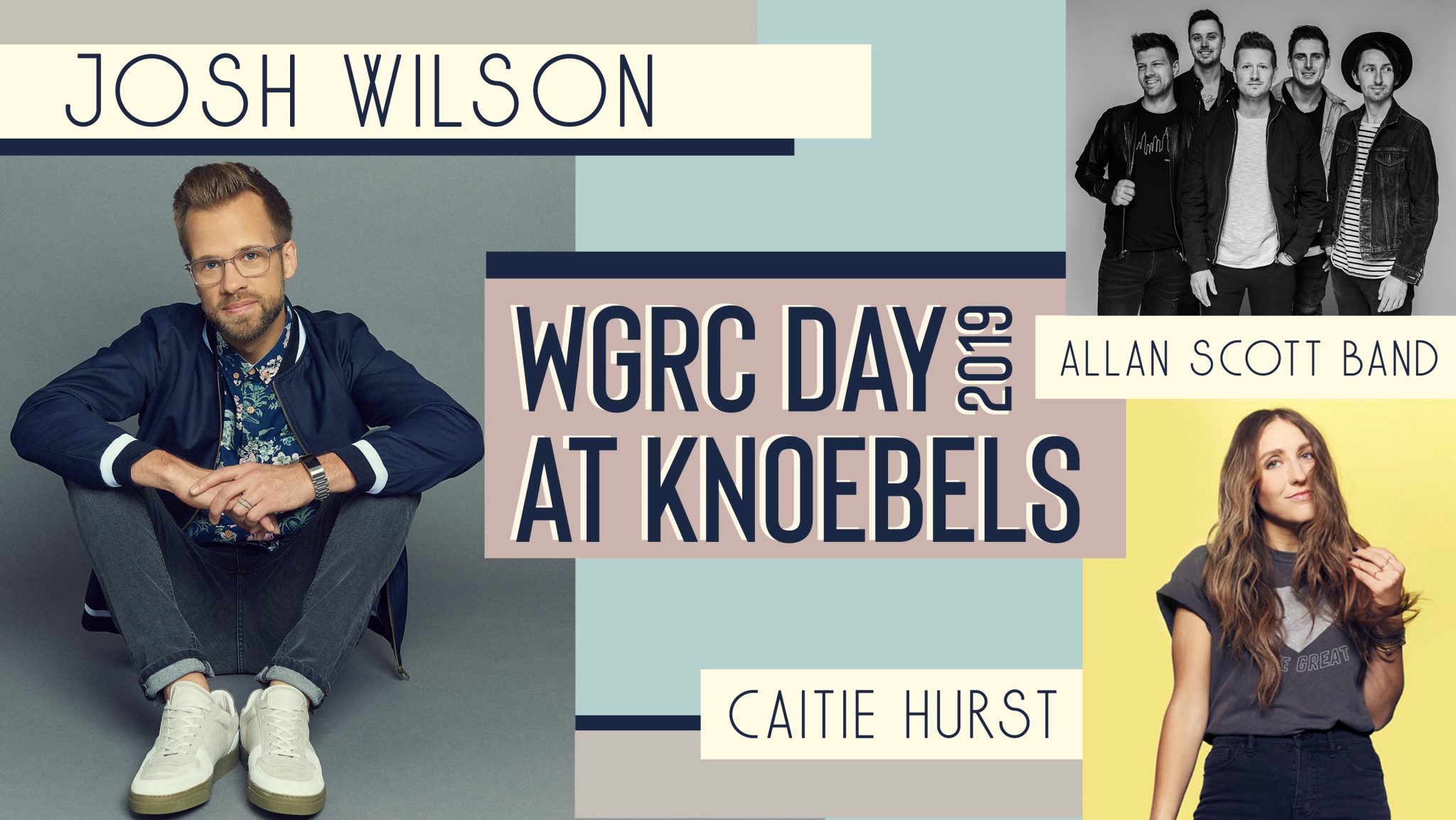 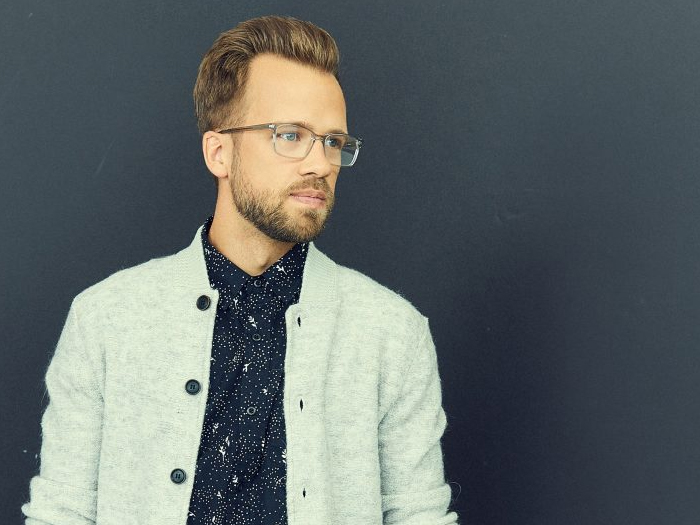 About Josh – This Texas-native started playing piano at nine years old, then took up guitar and drums when he was 10.  During his high school years, he continued to hone his musicianship, and eventually he fell in love with songwriting at Nashville’s Belmont University. A self-described introvert with an aversion to the spotlight, Wilson never dreamed he’d be the one behind the mic, but God had other plans.  Since signing his first record deal with Sparrow in 2006, Wilson has amassed multiple top 10 hits on Billboard’s Hot Christian Songs chart ( “Savior, Please,” “I Refuse,” “Fall Apart,” “Carry Me,” “Before the Morning,” and “That Was Then, This Is Now.”)  He’s toured with Third Day, Steven Curtis Chapman, Matthew West, Casting Crowns, and Building 429.  Wilson signed his latest record deal with Black River Christian in 2017 and released “Dream Small” in 2018.

Fun Fact: Josh has been known to play and record as many as 20 instruments on stage at any given time. 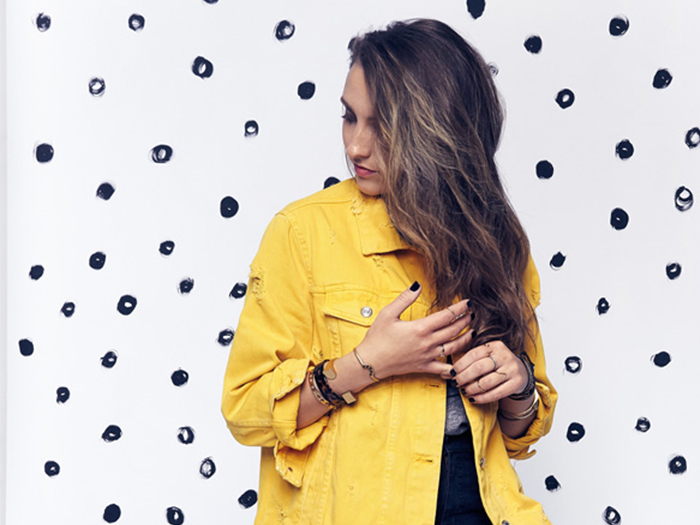 About Caitie –  Hurst grew up in a musical family; her father was part of a touring Christian band. Caitie went to Liberty University, pursuing a path of worship-leading. A couple years later, she found herself interning at a Christian music label in Nashville.  She moved back home, worked on songs and  endured moments of doubt; she trusted a calling that felt crazy. She got a job at Long Hollow leading youth ministry and traveling with the student worship band.  These relationships inspired Hurst in regards to the music she knew she needed to make. She realized that young people especially, could use more music with positive messaging that is also full of infectious beats. “I want to bridge the gap between songs that sound like pop radio but contain meaningful lyrics. Music that communicates the Gospel in a way that doesn’t sound cliché, but is something you could jam to in the car.”

The band is Allan Scott (lead vocals and guitar), Connor Williams (bass), Matthew Wolf (lead guitar), Caleb Bush (drums) and Jared VanOuse (keys and programming). Allan is on a mission to spread the message that we can approach God’s throne boldly in our time of need without fear of judgment because of what Jesus accomplished on the cross. “My desire is to infuse as much as the message of God’s grace as possible into our music so that when we write, we’re actually saying something that will affect people,” Allan stated. Former drug addict, dropout, thief and loser Allan Scott found hope in his jail cell, calling on God to heal the broken pieces of his life. Fifteen years later, this redeemed singer, songwriter and worship leader shares his experience in song, declaring the prayer of his life.  Allan has ministered along side artists such as Citizen Way, 7eventh Time Down, JJ Weeks Band, Paul Baloche, Kari Jobe, David Crowder and the list goes on. He has also been featured on Focus on the Family’s Plugged in Podcast, CCM Magazine, Worship with Andy Chrisman and internationally on TBN’s “Praise the Lord”  and  CBN’s “The 700 Club” television programs. Allan Scott Band has appeared main-stage at festivals across the country including Creation 17 NorthEast. 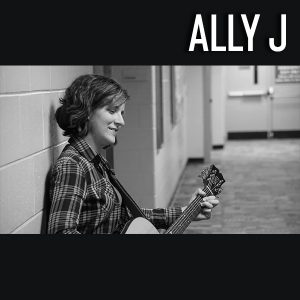 Music has been a part of Ally J’s life since childhood. From singing in church as a child, to starting a band with her cousins, playing in worship bands, writing, singing, and producing music, leading worship has become a passion.

As a singer/songwriter who has faced my share of struggles and trials in her lifetime, it is Ally’s goal to encourage those who are also facing struggles in life, and are unsure of where life is taking them. Different people have asked Ally how to stay so positive, while going through major health struggles in life. Ally’s answer is her faith and trust in Jesus Christ that gives her the hope she need to make it through each day. “No matter what I am going through, He gives me the strength to make it through whatever gets thrown my way. I hope I can share my stories and make an impact that will help others facing some of the biggest struggles and trials in their lives and that they can have that hope in Jesus, that there is a better and brighter day ahead and that we don’t have to worry about what tomorrow may bring.” – Ally  Psalms 42:11 – Why are you cast down, O my soul and why are you in turmoil within me? Hope in God, for I shall again praise Him, my salvation and my God. (ESV) 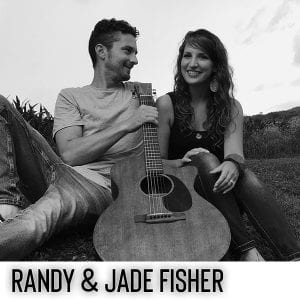 Husband/ Wife Duo, “Randy and Jade Fisher”. Randy is a multi-award-winning Christian singer/ songwriter/ recording artist, who began playing the guitar and performing at the age of only eight.  Jade is a female vocalist, who has been featured on several of Randy’s songs. She began singing on the worship team at her local church when she was eleven. Together they form the Husband/ Wife Duo, “Randy & Jade Fisher”. Randy and Jade travel and minister with their family, through the avenue of music. It is their desire to reach people with God’s love (through music); and to encourage parents to choose life. Randy & Jade met in the summer of 2002, and started dating later that year. They married in 2005, with three children to follow. They have been involved in music & ministry since they met. They have served as the worship and youth leaders at Abundant Harvest Church, Duncannon Pennsylvania, as well as Teen Bible Quiz coaches at Mifflinburg Assembly of God Church; their team placing first in league for year 13/14.  Randy was awarded the 2014 IMEA (Int. Music & Entertainment Ass.) Christian Rock Song of the Year for his song “Time With You” (ft. R&J’s daughter Jayla); as well as the 2015 IMEA Christian/ Gospel Artist of the Year. In December 2015, Randy & Jade formally announced the merging of their solo careers, into the husband/ wife duo, “Randy and Jade Fisher”. Their mission is to share the love of God through the avenue of music. Fun Fact: They’ve toured all 50 States, and were awarded Song of the Year – all in 2016! 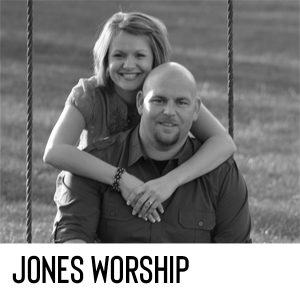 Jones Worship exists to bring the Bride of Christ back to an intimate encounter with the Bridegroom by passionately pursuing his presence, walking in the truth of heaven, and experiencing the fullness of His Love. 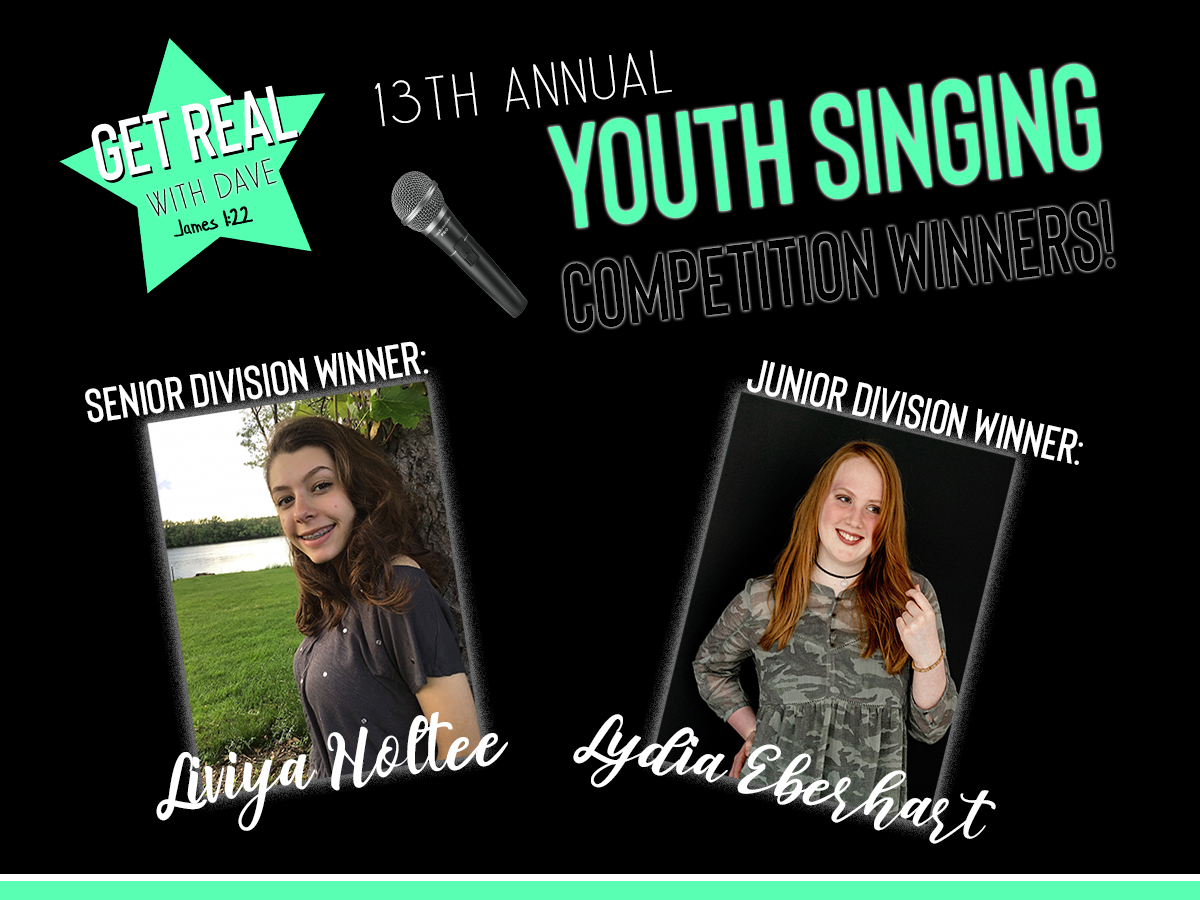